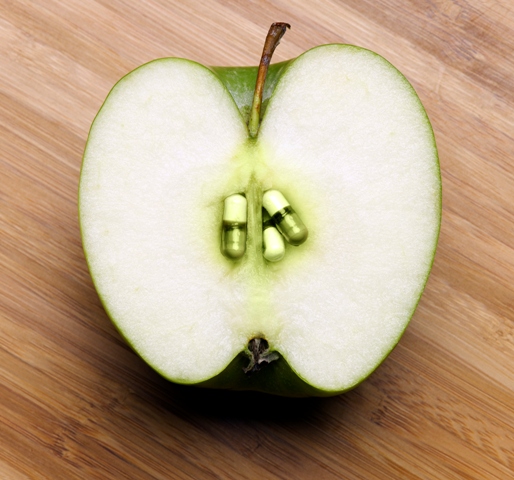 The National Health Service (NHS), free for all at the point of delivery, is something that the British hold dear. All mainstream political parties in the UK support the NHS, and are committed to its long term future, despite the increasing pressures of an ageing population, increasing life expectancy and increasing costs of advanced medicines.

There is a constant tension between the need for health services to be seen as equitable wherever patients are in the UK, versus the need for a health service that is responsive to local needs. No one has quite found the answer to this, which is one of the reasons why the NHS has seen nearly constant reforms and reorganisation with every new Government.

With the new coalition Government installed in power in May this year, the NHS in England is now facing potentially the biggest shake up for a generation. The Conservative-Liberal Democrat coalition released a White Paper in July, setting out proposals for the future direction of the Health Service. The White Paper, entitled ‘Equity and excellence: Liberating the NHS’, proposes the large-scale structural changes to the NHS, as well as a renewed focus on patient outcomes and patient choice. The changes are intended to make the healthcare system more clinically led, with decision making devolved to the ‘front line’ rather than with managers.

Unlike in Spain, where Health Budgets are decided by regional government, the overall NHS budget for England is decided by central Government. Currently in England, ten regional ‘Strategic Health Authorities’ (SHAs) monitor progress of the 150 or so Primary Care Trusts (PCTs), which commission treatment and care for all NHS patients in their patch.

However, under the Government’s proposals in the White Paper, Strategic Health Authorities (SHAs) and Primary Care Trusts (PCTs) will all be abolished by 2013. A new central NHS Commissioning Board will be established. It will be an autonomous body responsible for providing national leadership on commissioning for quality improvement, but will not manage providers or NHS headquarters.

On first glance you might say this represents a further centralisation of the NHS, but at the same time as these regional bodies are abolished, Family Doctors or General Practitioner doctors (called GPs in the UK) will become increasingly powerful. GPs will become responsible for commissioning services and helping patients navigate their way through the NHS system, with 80% of the NHS budget under their control. GPs will work in groups of practices or ‘consortia’ to commission services for patients, and will be responsible to the central NHS Board.

While the future of Strategic Health Authorities had been in question for a while, the new Government’s decision to abolish Primary Care Trusts and transfer much of the control of the NHS budget to GPs is more radical and controversial.

While the restructure might address the issue of ensuring NHS services are driven by clinical knowledge rather than managerial decisions, there are still questions as to whether this will provide better value for the NHS and better care for patients. Stephen Dorrell, the Conservative former health minister, now chairs the House of Commons Health Committee which scrutinises Government Health Policy. He has said that the Government needs to show how GP commissioning would improve health service care, and his committee is launching an inquiry into the plans. Others have voiced concern about the lack of strategic planning without PCTs and SHAs in place.

GPs themselves have also given a lukewarm response to the proposals for their greater role in the NHS. The Royal College of GPs, the professional membership body for family doctors in the UK, has raised concern regarding the pace and costs of the change, and the disruption it will cause to existing management structures and relationships. There are also concerns about the increasing role of commercial organisations in the provision of care, and the potential for a ‘postcode lottery’ of care, with standards and type of care varying widely between GP practices or consortia.

In theory, GPs have most to gain from the changes – increased power, responsibility and freedom, but this comes at a cost – greater bureaucracy and accountability for financial control and patient outcomes among them. The less-than-enthusiastic reaction of GPs signals that reasons and benefits of the changes do not seem to have been articulated to GPs, patients and the wider NHS as it should have been. There is a huge amount of confusion surrounding the proposed changes, which makes it difficult to see how such large-scale structural change will be completed in the next two years.

More importantly, rhetoric surrounding the white paper is on structural change rather than changes in behaviour or focus required to improve patient outcomes. The Government assumes that by freeing up GPs to make decisions about commissioning, removing the centralised control of PCTs and SHAs, the NHS will automatically become more innovative, choice will be expanded, efficiencies will be made and care will improve. However, without acknowledging and engaging with NHS staff – their culture, behaviours and resistance to change – structural reorganisation will make little difference.

What does it mean for industry?

The Association British Pharmaceutical Industry has broadly welcomed the proposals contained in the White Paper, though is more cautious towards proposals for a system of ‘value based pricing’ from 2014, which will change the way that industry prices its products for the NHS.

To maximise the opportunity that the new changes provide, the pharma industry clearly need to start to engage more with GPs, and should already be seeking relationships with those ‘thought leading’ GPs who may end up leading the GP consortia.  Joint working between industry and the health service has been talked about for a while, and the current reorganisation presents a further opportunity for cooperation. Industry will need to take the lead by taking a local approach – helping individual GP consortia develop pathways of care and offer ways to improve patient outcomes and patient choice while also delivering cost efficiencies.

The NHS is changing, as yet there is so much unknown, and we will only really know the impact of the decisions currently underway in five or ten years time. Perhaps just in time for the next Government, whatever its complexion, to implement its own changes….