Tuesday at #Lab16 has seen social issues and internal party organisation dominate the agenda, as well as a healthy number of tech events on the fringe.

Deputy Leader Tom Watson is to launch an independent commission into the future of work and will say that the Labour Party needs to develop policies to stop automation harming the workforce.

David Flack of Rayleigh and Wickford Labour Party said he was: “appalled at the gerrymandering and the lack of democracy that’s gone on in our party” adding: “Comrades I’m a militant. I’m a militant democrat”

The Conference hall today was the scene of heated exchanges as Jeremy Corbyn’s attempt to expand NEC was deemed undemocratic by some delegates.

Thirst for power? Khan clear that the Labour Party needs to focus on being in power @SebastianEPayne 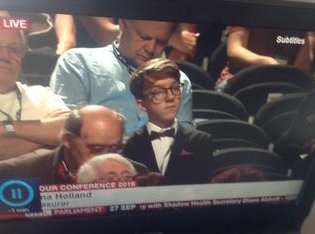