By LondonFebruary 26, 2020EU insight
No Comments 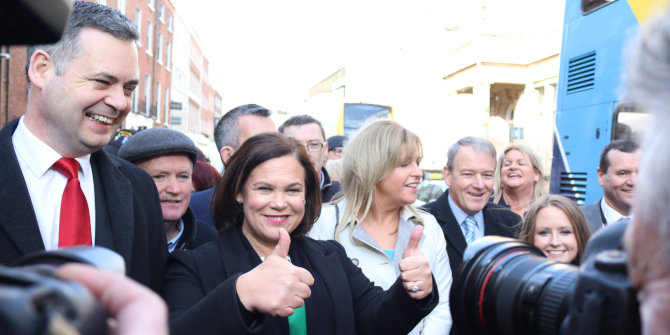 Following the dramatic results of the Irish general election that took place on 8th February, Political Intelligence asked our Irish partner firm DHR Communications for their initial thoughts on the developments. DHR’s Tony Heffernan provides his insights below.

Following the indecisive outcome of the Irish general election in 2016, it took politicians 63 days to stitch a government together.  With the February general election producing an even more complex outcome, many people believe that it will take even longer to form a government on this occasion.  That’s if it can be done at all, and the possibility of another general election before the summer cannot be totally ruled out.

Unlike virtually every other European country, politics in Ireland during the twentieth century did not evolve along broad right/left lines.  Instead, Irish politics and government were dominated by the two parties who were the political successors of the two sides which fought a short but bloody and bitter civil war in 1922/23 over the Anglo-Irish Treaty that ended Ireland’s war of independence.

Between them Fianna Fail and Fine Gael regularly got more than 80% of the vote in general elections and as recently as 2007 the two parties still managed to share almost 70% of the vote. In almost 100 years of independence, no government has ever been formed that did not include either Fianna Fail or Fine Gael, though more frequently in recent years in coalition with smaller parties.

However, the past decade has seen increased fragmentation in Irish political support, culminating in the most indecisive outcome ever in the February election.  On this occasion the combined vote for Fianna Fail and Fine Gael fell to 43%, while the big winner was Sinn Fein, which garnered 24.5%.

The extent of the surge in support took virtually everybody by surprise.  Just eight months earlier, Sinn Fein had done spectacularly poorly in the European and local elections losing two of its three European seats and almost half of its local council seats.  Now candidates who could not get 800/900 votes to win a local council seat were suddenly being swept into the Dail on 10,000 votes or more.  Had Sinn Fein anticipated the extent of the rise in support it would have run more candidates and under Ireland’s complex system of proportional representation, it could have won up to 45 seats.

In the end Sinn Fein won 37 seats in the 160 seat Dail, while Fianna Fail won 38 and Fine Gael 35.  The balance of the seats was distributed between a range of smaller parties and independents, among whom the Green Party did best with 12 seats.

With the three main parties pitched so closely together and with no party anywhere near a majority, it was always going to be a major challenge to form a government. The challenge is even greater as both Fianna Fail and Fine Gael refuse to go into government with Sinn Fein, citing irreconcilable policy difference, concerns about Sinn Fein’s internal political structures and legacy issues arising from the party’s support for the 25 years campaign of violence conducted by the Provisional IRA.

Two weeks on from the election, we have seen little or no progress in terms of government formation and lots of political shadow boxing. Sinn Fein says it wants to lead a left government that would also include the Greens and some smaller parties on the left.  The problem for Sinn Fein is that even if it were to agree a programme for government with the range of disparate parties, it would still be well short of an overall majority (the maximum potential numbers would probably be in the mid-sixties) and would be dependent on a range of Independent Dail Deputies, some of whom lean to the left, while others hold quite conservative views.

Fine Gael has said that its preferred option is to go into opposition and rebuild.  However, it has agreed this week to enter exploratory talks with Fianna Fail about the possibility of forming a government. Even if these talks were to succeed, they would still need to bring the Greens on board to reach the magic number of 80 seats.  And there is absolutely no guarantee that these exploratory talks can succeed. There is a significant level of opposition in both parties to coalescing with the other.  While there is little in the way of major policy differences between them, historical and cultural difference run deep.

If a government cannot be put together the Irish people face the appalling vista of another election.  Ireland cannot afford to be without a functioning stable government at a time when crucial decisions will be required in terms of domestic and international policy.  The coming months will see both negotiations for the EU budget and the stepping up of trade talks between the EU and the UK.  The priority for Ireland must be to ensure that there is no watering down of the Irish protocol to the UK withdrawal agreement.

That is one issue on which there is virtual unanimity amongst Irish political parties.  Whether concerns about this area are sufficiently strong to encourage political parties to set aside other differences and form a government remain to be seen.