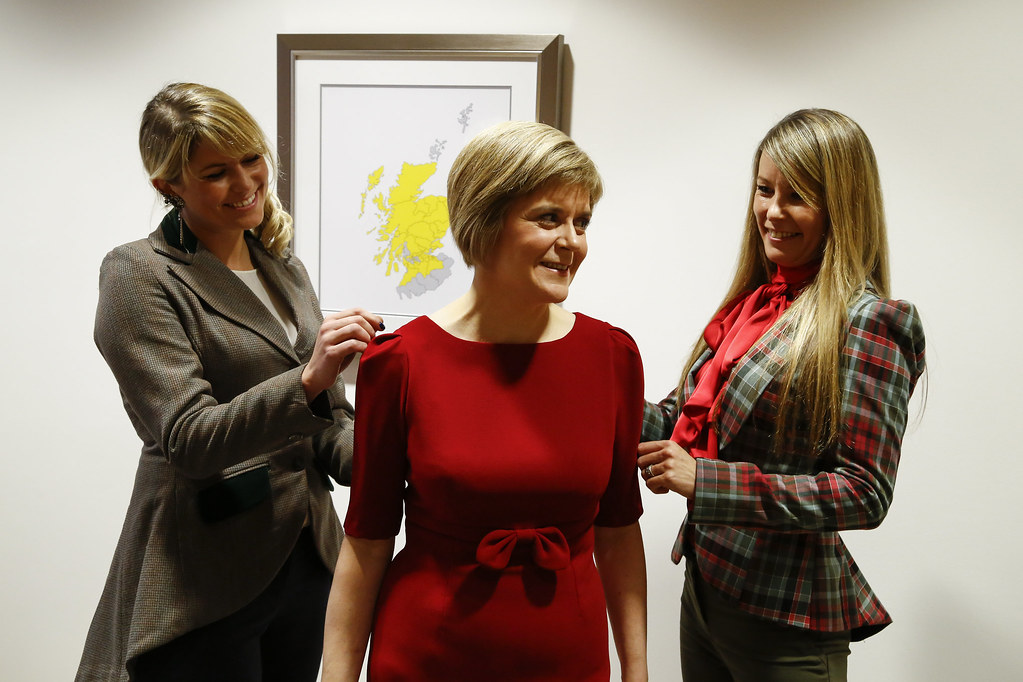 The SNP have held their first conference since their astonishing breakthrough at the General Election in May. Having almost performed a clean sweep of Scottish seats in Westminster, with prominent parliamentarians including Douglas Alexander, Jim Murphy and Danny Alexander ousted, there was an unsurprisingly celebratory feel to this year’s gathering in Aberdeen. With Scotland now almost a one party state, SNP support at over 50% in opinion polls, and the Party boasting a surge of new members, this year’s SNP Conference garnered a higher level of public and media scrutiny than ever before.

A “once-in-a-generation” event? Not anymore…

Much of the build-up to the Conference was centred on the whirlwind of speculation that a second independence referendum would be inevitable if the SNP perform strongly at the Holyrood elections in May. Indeed, both of Sturgeon’s speeches at the Conference sought to clarify the scenarios under which a second referendum would take place. She explained that it would be wrong to propose another plebiscite on the issue “in the next parliament” unless there is “strong evidence that a significant number of those who voted No have changed their minds” or if the UK Government tries to “take Scotland out of the EU against our democratic wishes”. Since her speech, the BBC has learned from senior sources that the trigger point for a second referendum under the first criteria would be if opinion polls showed the level of support for independence to be at 60% consistently for a year. However, it of course remains to be seen whether the UK Government would feel compelled to hold a new vote if this level of support was consistently reached.

Despite her predecessor’s statement during the referendum campaign that the vote was a “once-in-a-generation” event, Sturgeon has adeptly manoeuvred her position on this whilst not losing positive sentiment amongst the Scottish people, again illustrating why she is one of the most effective operators in UK politics.

Throughout the Labour leadership election, many of Jeremy Corbyn’s cheerleaders pointed towards the similarities between many of the veteran left-winger’s policy positions and those of the SNP north of the border, stressing that his election would help to win back support in Scotland. Indeed Corbyn’s Labour is now much closer to the Nationalists on a number of issues including austerity, the level of public spending and immigration. However, despite this repositioning, the SNP made numerous attacks on the Labour leader with Sturgeon stating that he was not changing his party, but was in fact “allowing Labour to change him”.

Furthermore, in an attempt to exploit the difference in opinion between the Labour leader and much of his Parliamentary Party, Sturgeon challenged Labour on Trident, stating that they now need to decide where they stand on the issue and stressing that her Party will always stand against the renewal of the nuclear deterrent.

Sturgeon’s attacks were not limited to Labour, however, with much of her speech on Saturday devoted to a Conservative Government she regards as “extreme, out of touch and uncaring” and a Prime Minister who holds a “pig-headed” attitude to Scotland (‘insert joke here’ as Boris Johnson would say…).

It wasn’t all Westminster bashing

Amidst the predictable criticism of the Westminster parties and talk of a second referendum, there was time for a number of significant policy announcements, including most notably:

The Party’s key policy announcements are very much in line with their criticisms of the big two Westminster parties, with the childcare and health policies designed to highlight what they perceive is the Conservative Party’s uncaring attitudes, and the reiteration of the position on Trident and the decision on Syria intended to emphasise Labour’s splits on both issues.

Westminster will now eagerly await the Scottish Parliament elections and their ramifications in May. With the SNP now boasting 114,000 members, and their leadership keen to fight off any intrusion into their territory from Corbyn’s Labour Party, the vigour with which the Party’s MPs will oppose the UK Government is unlikely to diminish. However, whatever results the Holyrood elections provide, a second independence referendum will inevitably return to the top of Westminster’s agenda at some point.