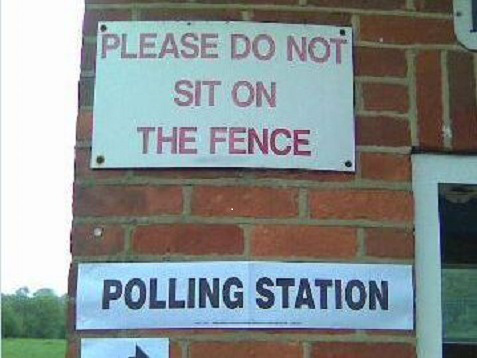 Today is ‘zero day’, ie zero days to the election. But what, if any impact does polling day have on the overall result?

Polling day is the busiest and most stressful day for politicians, who are acutely aware that they have to turn out support from an election-weary public. This task is even more thankless considering that about a quarter of votes had been made via post, and so many people voting early in the morning before work.

At national level, the last moments of the campaigns will be as refined and stage managed as those of the preceding month, but with minimal  impact as broadcast media are barred from reporting politics on Election Day. However, the ground war is still frantic. Whilst it is probably a little late to sway new voters and craft messages, major resources are pumped into converting acknowledged supporters into actual voters. In practical terms this means activists following up on canvassing, counting voters coming in and out of polling stations and in extreme cases, driving voters to the polling station.

Polling day is also when people will think hardest about how to cast their vote and this benefits the major parties. The ‘shy Tory’ is a stalwart of British politics and help the Conservatives do better than predicted, and in Scotland a large number of SNP voters may well return to Labour. Support for parties like UKIP, the SNP and Greens will also slightly fall, as people tend to be more risk averse when it actually comes to sticking their ‘X’ into a paper. The weather is always a hotly anticipated Election Day news story, with supposed experts predicting swings based on whether or not it will rain.

There are a few rituals of ‘zero day’ that must be observed. The regulations severely limit what broadcasters can show, but they do show party leaders retreating to their constituencies to (presumably) vote for themselves. The newspapers will try to outdo each other in front page impact, and talking heads will over-speculate to fill the dead time between polls closing and the results coming. Today has already seen the #Dogsatpollingstations hashtag trend.

Polling day has been on a Thursday since 1935, with Thursdays now enshrined in law via the Fixed Term Parliament Act. There are a number of theories why. Some say Thursday polls give incoming Governments time to prepare and others say Thursday’s historic status as market day means more people are in town to vote. More than one historian has said that Thursday elections prevent drunken workers voting on Friday night.  There have been calls to change the day, with the EU provoking anger by trying to move get the UK to hold EU elections on Sunday (in line with most of Europe), and the Electoral Commission proposed holding some local votes on a weekend to see if it boosted turnout.

With zero day closing at midnight, the last moment of excitement comes from constituencies wanting to be the first seat to declare. This is usually Houghton and Sunderland South, which   declared before 11pm in 2010, but their north-east rivals Newcastle have beefed up their counting resources for to give Sunderland a run for their money tonight.