By LondonAugust 11, 2020UK insight
No Comments 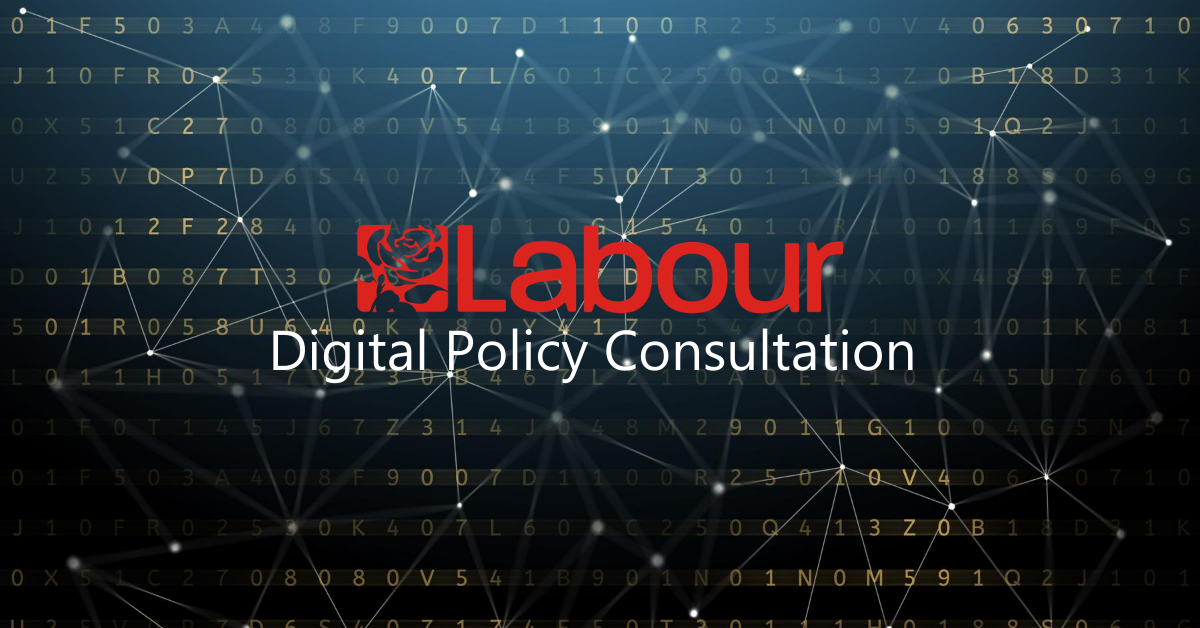 The Labour Party has published a consultation on its digital policy today. Occasionally, these exercises can give an indication of where differences might emerge between the opposition and the Government; or where there might be room for some tactical cooperation between Labour and the Tory backbenches. However, in this particular instance, the consultation reflects some of the cliché characteristics of the new Labour leader – it is a bit safe and potentially even a bit boring.

With that in mind, here are our four takeaways from the document:

By and large, the consultation looks at established policy themes and doesn’t offer much in terms of what Labour wants to see in the future. At a push, it could be argued that Labour would like to:

2. There is no distinct Labour identity emerging from the consultation

If the branding was removed from the consultation, it would be hard to identify this as a Labour document. Aside from a reference to “the use of algorithms by employers to control and discipline workers” and stronger emphasis of the affordability component of digital inclusion, the consultation could have been published by any party. Granted, for those who are aware of Labour’s digital policy under Corbyn, this is probably a welcome step away from free nationalised broadband or tech companies being put under cooperative ownership.

3. Online harms is the key issue for now

The consultation includes a foreword from Ian Russell, the founder of the Molly Rose Foundation, and both the press and social media communications around the launch are focused almost exclusively on online harms. That makes sense as the Government will publish its plan for legislation in the autumn, but it also begs the question of whether Labour should have a more developed policy in this area.

4. This is all a bit confusing

The consultation is so short on detail that it would be easy to conclude that very little thinking has gone into it. However, the authors and other digital thinkers in the Labour Party have, over recent months, made some detailed statements on digital policy and it is a bit puzzling that those thoughts are not reflected in the document.

Overall, the consultation is neither terribly exciting nor terribly detailed. Obviously, it doesn’t have to be as Labour is in opposition but given that none of these policy areas are new, it will be doubtful whether the questions are able to unearth genuinely new ideas. Ultimately, the consultation does manage to be a bit boring … by playing things a bit too safe.