By LondonSeptember 17, 2020UK insight
No Comments 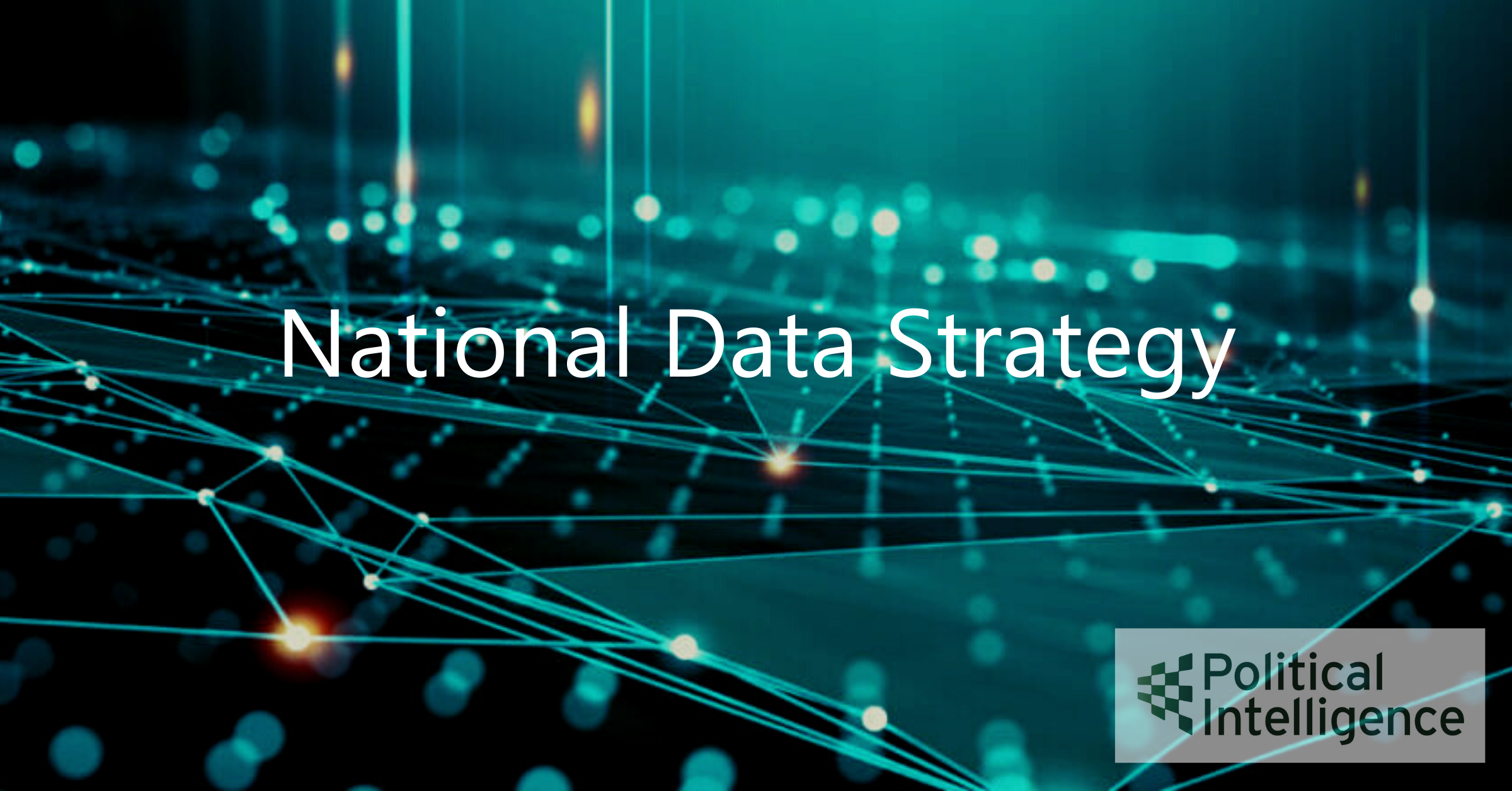 Last week, the Government published the National Data Strategy which it hopes will help the UK to unlock the full potential of data for the economy and society. The Strategy contains 80+ actions, some of which refer to ongoing work within Government. A consultation is now open to receive views and feedback from stakeholders.

It is worthwhile noting that separately to the Strategy, Government will be publishing a Data Strategy for Health and Social Care later this Autumn which will look more closely at creating a permissive data sharing regime in the health and social care sector.

A lengthy and confusing document

The National Data Strategy is a lengthy and at times confusing document: A diagram in the executive summary suggests that the Strategy will unlock five opportunities, through actions across five missions (see below) which in turn are informed by four pillars of effective data use. However, later on in the document, the Strategy outlines five broad areas of work in relation to public data use which somehow don’t quite link up with any of the previous opportunities, missions and pillars. Furthermore, instead of assigning the 80+ actions to missions, they are assigned to pillars.

Leaving the slightly confusing structure aside, the Strategy still makes clear that the Government:

How will trade-offs be managed?

What is missing, however, is how trade-offs between the different goals will be managed and solved. Greater public sector data sharing and lower data standards risk undermining consumer trust and, more crucially could hamper the ability of the UK to achieve a sustainable data adequacy decision from the European Commission. Equally, the overall burden on business might not be shifted fundamentally if lower data protection standards are offset by more stringent cyber security requirements. Moreover, while the Strategy, obviously, highlights the positive benefits of leaving the EU, it is questionable whether the UK will have much sway at international level where the EU and US are already locked in dispute over the global enforcement of their respective privacy regimes.

The National Data Strategy is one of the first big strategy documents of the current Government. Interestingly, it refers to several of the big strategies of the May Administration which are now largely forgotten such as the Industrial Strategy. Similar to those documents, it is probably wise to view the Strategy not as a coherent set of proposals but as a set of broadly related policy ideas, some of which will see a lot of Government support and some which won’t receive a lot of attention.

The Government is looking for feedback on the Strategy with a deadline of 2nd December 2020. If you are interested in responding, get in touch and we can help you make sense of this 100 odd page Strategy.

The Five Action Areas of the National Data Strategy

The first mission points to increasing evidence, such as the Digital Competition Expert Panel’s review of competition in Digital Markets, which suggests that the full value of data is not being realised because vital information is not getting to where it needs to be. The Strategy says that much of the transformative potential of data lies in the potential for linkage and re-use of datasets across organisations, and sectors which will in turn allow the maximum number of people in society to access data and aid innovation. In the coming months the Government aims to:

The Government is seeking to build on the UK’s technological innovation and data protection standards to maintain a data regime that supports the future objectives of the UK outside of the EU. The Government will seek EU ‘data adequacy’ to maintain the free flow of personal data from the EEA, and will also pursue UK ‘data adequacy’ with global partners to promote the free flow of data to and from the UK and ensure that it will be properly protected.

The Government will work with regulators to provide more support and advice to small and medium-sized businesses to help them expand online, lifting compliance burdens where possible. They will also prioritise the development of sector-specific guidance and co-regulatory tools to accelerate digitisation across the UK economy. The Strategy references the UK’s exit from the European Union, with the Government being able to “take advantage of being an independent, sovereign nation”, and the importance of data in the Government’s response to the coronavirus pandemic, stating the need to do more and use data as a force for good for society.

This mission point states that there is untapped potential in the way the Government uses data. It explains that the pandemic has showed how much can be achieved when Government departments and the wider public sector share vital information to solve problems quickly, a move the Government wish to continue once the pandemic ends. The Government aim to set up a whole-Government approach led by a Government Chief Data Officer from the centre in strong partnership with organisations. They want to transform the way data is collected, managed, used and shared across Government and with the wider public sector and create joined-up and interoperable data infrastructure.

The Government want to ensure the infrastructure underpinning data is safe and resilient. Moving forward they will also take greater responsibility in ensuring that data is sufficiently protected when in transit, or when stored in external data centres. No concrete steps are set out for this mission, but the point does recognise that the Government and businesses’ responsibility for the environmental impact of increased data use needs to be considered.

The final mission states that on leaving the having left the EU, the UK can shape global thinking and around the benefits that data can deliver while managing malign influences. The Government aim to: