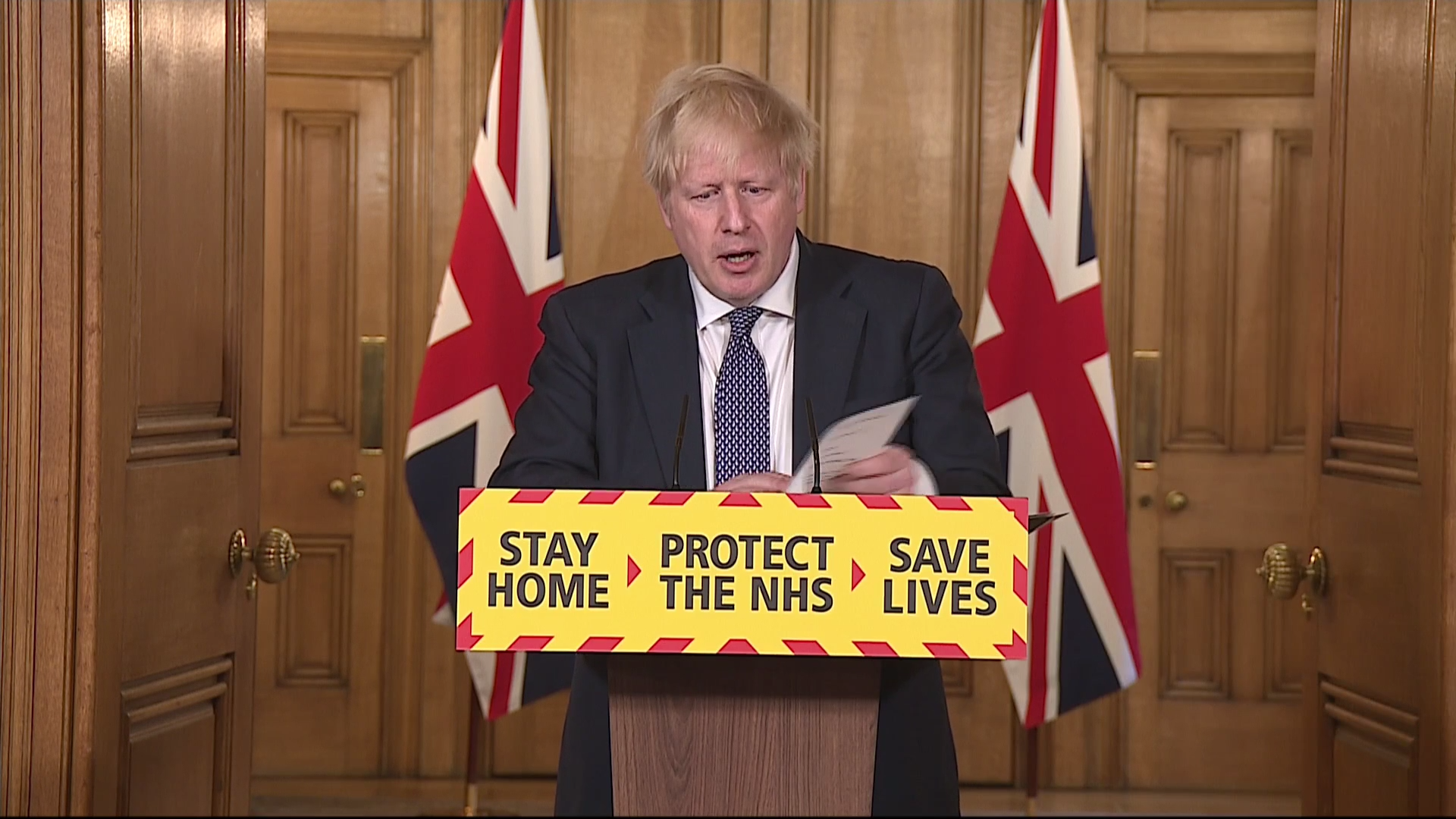 The Prime Minister opened today’s press conference with another plea to the country to continue with the process of social distancing to delay the spread of COVID-19. The Government has instructed cafes, pubs, bars, restaurants, theatres, cinemas and gyms to close this evening and not open tomorrow, though restaurants can still deliver takeaways.

• A new coronavirus job retention scheme which will offer loans to any employer to cover 80% of retained workers’ wages, up to a total of £2,500 a month. It will be backdated to 1st March and will be open for an initial 3 month period and but could be extended.
• The Business Interruption Scheme will now be interest-free for 12 months. Further measures around access to credit will be announced next week.
• The next quarter’s VAT payments will be deferred and no company will have to pay VAT between now until the end of June. Businesses will have until the end of the financial year to pay these bills.
• The Universal Credit standard allowance will increase, for the next 12 months, by £1,000 a year. The Working Tax Credit basic element will increase by the same amount.
• The minimum income floor will be suspended for self-employed people – who will therefore access, in full, Universal Credit, at a rate equivalent to Statutory Sick Pay for employees.
• The next self-assessment payments will be deferred until January 2021.
• A £1bn package of support is announced for renters by increasing housing benefit and Universal Credit so that the Local Housing Allowance will cover at least 30% of market rents in your area.

Quarantine and social distancing measures were announced this week after modelling suggested that no change in strategy would lead to 250,000 deaths. On Monday the Government urged the entire population to engage in social distancing by:

• Avoiding contact with individuals displaying symptoms of COVID-19.
• Avoiding non-essential use of public transport.
• Working from home, where possible.
• Avoiding gatherings, large and small.
• Using telephone or online services to contact GPs and other essential services.

These measures are particularly pertinent to individuals aged 70+ and those with underlying health conditions. Individuals who have COVID-19 symptoms, however mild, are instructed to stay at home for 7 days from when the symptoms began and all other household members must stay at home and not leave the house for 14 days, starting from the day when the first person in the house became ill.

‘We will do whatever it takes’

This was the key message that the Chancellor of the Exchequer Rishi Sunak when he spoke at the daily Number 10 press conference on Tuesday, the world an unrecognisable place to the one where he had delivered his first Budget just six days before. Sunak described the current situation as an economic emergency on a scale not seen since the Second World War, and that Government intervention was required on a level ‘unimaginable’ a few weeks ago. The scale of the economic response from the Treasury showed the seriousness of the situation.

Some of the headline announcements on Tuesday were as follows:

For a Party which had urged the need for fiscal prudence for over 10 years in Government, the size of the relief package made available is astounding. The measures were generally well-received as being appropriate and Sunak perceived positively as a man who has risen to the challenge well – indeed it is hard to think of any Cabinet Minister who has had to deal with such a large challenge with less than two months experience. However, the measures were criticised for missing out key protections for renters, self-employed workers, and there were concerns about how this focus on loans would inevitably increase debt across the economy. The Chancellor stressed that this was only the start of the support that would be made available, and as mentioned, highlighted that his Department would do whatever it takes to support the economy through these difficult times.

The Coronavirus Bill was introduced by Health Secretary Matt Hancock on Thursday and will be debated and passed without a vote on Monday 23rd March. Concerns have been raised that the law will be time-limited for two years, but ministers said they would only “switch on” when absolutely necessary and would be removed after the outbreak on the advice of the chief medical officers of the four UK nations. Notable measures include:

Health: Government can deploy recently retired health and social care workers and final year medical students into the NHS and require local authorities to prioritise their social services to those with most urgent need. NHS staff won’t have their pension pots impacted and rules limiting them to 16 hours of work per week will be lifted.

Public Infrastructure: Government will have the power to order the closure of schools, transport networks, public gatherings, airports and ports (if Border Force staff shortages cause security risks). The closure of ports and airports would only be in extreme circumstances and would last “for the minimum period necessary”. Immigration officers will see more powers to detain potentially infected people the legislation also make it easier to manage the deceased, including changes to how deaths are recorded and registered.

The Chancellor is expected to announce further measures to support businesses next week. Alongside this, numerous reports throughout the week suggested that London would be placed on some form of lockdown in the coming days although a No.10 spokesperson said there was “zero prospect” of restriction on travel in and out of London.

FCO Statement: On Tuesday, the Foreign Secretary Dominic Raab announced that all non-essential travel globally was to be discouraged for 30 days and that the Government would make rolling decisions on a monthly basis after that. Raab acknowledged, however, that the Government did not wish to leave British nationals abroad where possible and therefore was encouraging commercial flights to continue to run as part of the repatriation process. The advice against non-essential travel does not apply to international and domestic freight transport and the FCO is working with the Department for Transport to ensure that freight travel continues.

School Closures: On Wednesday it was announced across all nations of the UK that schools would close to all but the children of key workers and the most vulnerable children from Friday. Nurseries and private schools are to do the same. On Thursday the Government confirmed that keyworkers will include health and social care staff, police and armed personal, essential financial services, government workers, food production and supply staff and key public services (e.g. justice system, charities, journalists). The full guidance can be found here.

Food Supply Chain: The Environment Secretary George Eustice confirmed that the Government is in close contact with food supply chain, local authorities and charities so those self-isolating or staying at home have access to food and steps have been taken to expand delivery capacity, set aside delivery curfews and expand click-and-collect options. Government are currently working on specific proposals to help the most vulnerable who are self-isolating and more measures are expected to be announced shortly. Competition laws have already been relaxed to allow supermarkets to work together to ensure demand is met.

Brexit Talks: As a result of COVID-19, the Government has been under growing pressure to seek an extension to the Brexit deadline. Whilst the calls for extending the deadline were present before the epidemic, these voices have been amplified by the outbreak and the cancellation of second round talks, which were due to start on Wednesday. Foreign Secretary Dominic Raab, argued that suggestions of Brexit delays came from peoples ‘ideological desire’ to remain tied in with Brussels. He instead suggested that the pandemic was providing the conditions for more ‘intensive diplomacy’ with nations across the globe. Boris Johnson also refused to acknowledge calls for a negotiation extension in PMQs and during press briefings on COVID-19. He said that the December 31st deadline was set in legislation, however admitted that Brexit was not the Government’s top priority in the current climate.

Since these developments, Michel Barnier, the EUs chief Brexit negotiation, had tested positive for coronavirus Likewise, his UK counterpart, David Frost, has now entered a period of self-isolation after displaying symptoms himself.