Ahead of the ‘Clause V’ meeting to formally approve the document today, a draft of Labour’s manifesto was leaked to the Mirror and Telegraph. Manifesto pledges include the renationalisation of the railways, Royal Mail and parts of the energy industry. Responsibility for the leak has yet to be determined.

Emmanuel Macron won the second round of the French presidential election with over 66% of the vote. His election has prompted immediate speculation as to whether he will help or hinder the UK in the Brexit negotiations.

The Prime Minister and her husband appeared on the BBC’s One Show where subjects as hard-hitting as housework, clothes and holidays took centre stage.

The leaked Labour manifesto confirmed what many have long suspected: that Corbyn is, in fact, a mole planted by the SWP. With its promises to nationalise, well, everything, and devolve power and budgets to local communities, Corbyn and co-offered what many are regarding as the most left-wing manifesto since Labour’s humiliating defeat under Foot in 1983. The manifesto talks big on its proposals (100,000 new council homes per year, the abolition of tuition fees, and localised energy cooperatives, to name but three), but offers scant advice on funding said promises. We can only assume the costings are in the hands of financial wunderkind, Diane Abbott, who got it embarrassingly wrong on proposed Labour spending earlier in the week.

Stick to the bike, Corbs

Today a car carrying Corbyn ran over the foot of a BBC journo. That’ll teach the hated “mainstream media”, as well as serving as a cautionary deterrent to Buzzfeed, who have been banned from Labour events after (correctly) reporting that Corbyn had asserted that he would stay on as leader in the event of a Conservative victory.

The Conservatives, meanwhile, continue to successfully soak up the UKIP vote, and the majority of the right-leaning centre ground.  Blue Labour champion Maurice Glassman got together “over a cup of tea” with May’s manifesto chief, Nick Timothy. Conservatives who fear that this may mean left-wing concessions needn’t worry – Glassman unsuccessfully advised Miliband to call for a “temporary halt to immigration”, and is an unapologetic Brexiteer. So far, so UKIP. May’s flirtation with centrism only goes as far as her proposed energy price cap – a policy that Cameron deemed “Marxist” when proposed by Miliband. May remains unrepentant over the Tory expenses scandal, and continues to insist that the Conservatives will slash net migration to the “tens of thousands”, regardless of the economic and social ramifications. May continued to demonstrate her progressive credentials by speaking of “boy jobs and girl jobs” in the home on national television, before trotting out another tired anecdote about shoes. It seems to be working – one breathless Spectator hack attributed May’s success to her “erotic appeal”. Ooh-er.

The centre lives on. Somewhere.

Optimistic moderates haven’t lost all hope. The local and mayoral elections may have seen Labour haemorrhage seats, and the Lib Dems failed to make their predicted gains, but whispers of the “progressive alliance” between Labour and Lib-Dem persist.  Former Prime Minister Tony Blair also waded further into the tactical voting foray with cheerful disregard for Labour party consensus on Brexit.

The Lady’s not for turning (on her immigration target)

Theresa May used a recent speech to indicate that the Conservative Party will, as previously, include a target to cut net migration to the ‘tens of thousands’ in their forthcoming manifesto. Despite being missed repeatedly since 2010, the Prime Minister said it was important to aim for more ‘sustainable’ migration.

(EU Gotta) Fight for Your Right

Behind the scenes, the complexity of resolving the rights and residency of the 3 million EU nationals living in the UK, regularly portrayed as a matter that will be resolved quickly in Brexit negotiations, has emerged in a recent FT blog. Along with residency, the UK and EU will need to agree on several rights to do with work, social security and health. Complicating all of this are rights associated with allowing EU citizens to be joined by a spouse or family members and the EU’s insistence that any rights be enforced by the European Court of Justice – a red line for May. Forthcoming negotiations will not be helped by the decision of Home Office representatives to pull out of attending a European Parliamentary Committee hearing on the rights of EU citizens in the UK scheduled for Thursday. Meanwhile, the Prime Minister has bolstered her team by appointing a former European Commission official and trade expert, who worked in Peter Mandelson’s cabinet. Peter Hill becomes May’s principal private secretary in Downing Street, having previously been Director of Strategy at the Foreign Office since 2013.

A King’s College study found that media coverage was ‘overwhelmingly negative’ on immigration during the EU referendum campaign. During the 10-week campaign, immigration appeared on 99 front pages – compared with 82 about the economy – most of which (79) were published by pro-Leave newspapers.

The impact of Brexit-related uncertainty is already hurting the labour market, a survey by recruiters has found.  Shortages of EU migrant labour are already apparently in sectors ranging from nursing, to cleaning, to IT and accountancy. With Brexit on the horizon, the new French President Emmanuel Macron and other EU leaders will have their eyes on attracting businesses to relocate. Financial services and the tech sector appear to be targets of Paris and Berlin and in other news, the UK insurer Hiscox, which employs 1,200 people in the UK, has announced it will set up a new European subsidiary in Luxembourg to prepare for Brexit.

A win for Macron = a loss for Brexit?

Emmanuel Macron winning the second round of the French presidential elections has prompted a wave of speculation that his election will cause difficulties for the UK in the Brexit negotiations. Macron was unashamedly pro-European during the election campaign and made his stance clear on the outcome of the EU referendum, saying to reporters after a meeting with Theresa May that ‘an exit is an exit’. After winning the election he told the UK that Brexit would be ‘tough’.

Macron will be a key figure as the UK negotiates its departure and will also have influence over other members of the bloc in the coming months. The elections in France were viewed by many as a crucial moment for the EU, with his opponent Marine Le Pen being a strong Eurosceptic. In addition, Macron’s sway in the coming months will be amplified due to the fact that the German Chancellor, Angela Merkel, will be preoccupied with her own federal elections.

Over the past few weeks there have been a number of heated exchanges between Europe and the UK, not to mention the ‘disastrous’ dinner. Now Michel Barnier, the Chief EU negotiator, has called for the Brexit talks to be ‘reset’.

However, his wish for a ‘reset’ will have been thrown off course today following his address at the joint session of the Irish houses of parliament in Dublin. He spoke of how the ‘UK’s departure from the EU would have consequences’. He also outlined that customs controls were part of EU border management. A point that will raise eyebrows as both the British and Irish governments have said they do not want a return to customs posts on the border.

His words today are likely to add fuel to the fire in terms of the relations between Europe and Number 10. However, May will be waiting until the results of the general election to know how big the flames can get before the fire gets out of control. 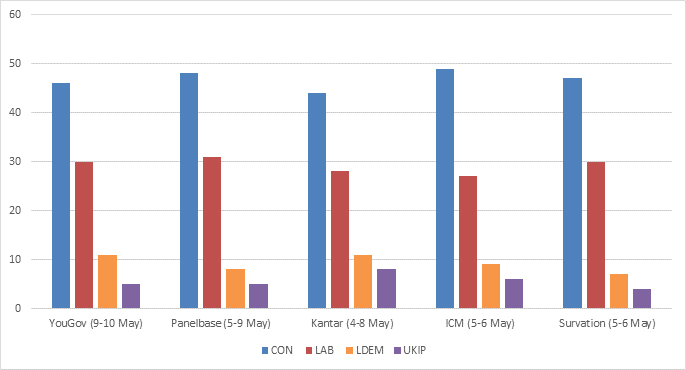