By LondonJuly 6, 2020UK insight
No Comments 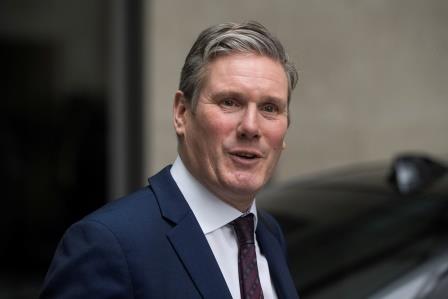 It already seems a lifetime ago since Keir Starmer took the reins of the Labour Party in early April. The lockdown weeks have zoomed past (quite literally!) and some vague sense of the “new normal” is emerging. In that time, the Government has taken an almighty battering through what would normally be its honeymoon period. Whether it be lockdown timings, testing, PPE availability or the relaxation plan, the stones continue to be pelted. Rightly so in many areas, although on certain issues more time and analysis will be required before a final verdict can be truly cast. There is no doubt however that events have conspired and this administration (despite efforts to regain the initiative) already looks exhausted.

Yet what of Labour and their new leader? A party in a period of deep introspection has had to start the long road back to being Government contenders. And with a national crisis unfurling, any focus on the opposition has been understandably limited. The performance of Sir Keir has been the only real interest and the overall verdict 3 months in has undoubtedly been positive. Indeed, many have talked about this being the best start for a Labour leader since Tony Blair in 1994.

Lots has been made about the recent battles at PMQs; they have been a far more interesting watch than recent years (which hasn’t been hard). Starmer’s calm and surgical interrogations around Government actions have clearly rattled the Prime Minister. The competing styles of the two leaders cause friction and so far, it is the leader of the opposition who has generally come out on top.

Yet it is much more than these sparring sessions at the despatch box which is creating interest. Granted, he has been gifted some open goals in the Government’s response to the pandemic, but Starmer’s overall approach has been one of competence. He has been measured, calm and professional, which has drawn plaudits from across the Lobby. Most importantly, he has not been tempted to go with an overtly aggressive strategy in these unprecedented circumstances. The Starmer team has wisely calculated that easy political point scoring during the crisis would be unwise. This has not prevented the opposition in deploying effective (and damaging) political scrutiny on the Johnson administration who has seen its strategy blown off course.

Starmer has also shown decisiveness and a degree of ruthlessness around the sacking of Rebecca Long-Bailey. Whilst this may well cause him some trouble with the left of the party, it outlines his commitment to root out some of the systemic problems that hampered Corbyn and made Labour so toxic at the ballot box. Whilst policy ideas are very much in its development stage, his methods appear to already be trickling down. Anecdotally, our clients are already experiencing a much more open and constructive dialogue with Labour stakeholders than previously.

This is not to say by any means that the mountain which Sir Keir and Labour have to climb is not Himalayan in size. The recent Labour Together report has outlined some the systemic problems which Labour face. Changing demographics in its heartlands, regaining support in Scotland, and its Brexit strategy are undoubtedly problems that may hold them back. Not to mention some of the internal party wranglings.

However, Covid-19 has created far choppier political waters, meaning this Government is no longer impregnable come the next election. A lot would clearly have to go in their favour for an 80-seat majority to be dismantled and for a Labour majority to be found. However, if Keir Starmer can develop that centre-left agenda, which can keep their historical supporters on side whilst also appeal to a broader church, he becomes far more compelling. One thing is for sure, his stock has risen significantly to already make Labour a more threatening force than predicted just months before.