The final day of the Conservative Party Conference has been dominated by Theresa May, who made a speech irectly appealing to Labour moderates and set out her vision for ‘a country that works for everyone’. As we head home from Brum, see below for our highlights of the day.

Theresa May set out her stall to voters in the centre ground as she said the Conservatives were the true party of workers, public servants & the NHS. Whilst not setting out specific policies, she said the Government would not hesitate to intervene in the energy markets, support strategic industries and take action when the Government sees injustice. She also reaffirmed her controversial grammar school policy and said that Hinckley Point and commitment to HS2 proves her Government are not be afraid to take big, controversial decisions.

On Brexit, she promised she would deliver what the British people instructed – a return of sovereignty and limits on immigration, which has been interpreted as tough talk aimed at the European Commission. Reflecting on the result, she called it a ‘quiet revolution’ by people who had been ignored by Westminster and it was now for the Government to show that they are on their side.

Leader of the Scottish Conservatives Ruth Davidson MSP, who was the warm up act for May. 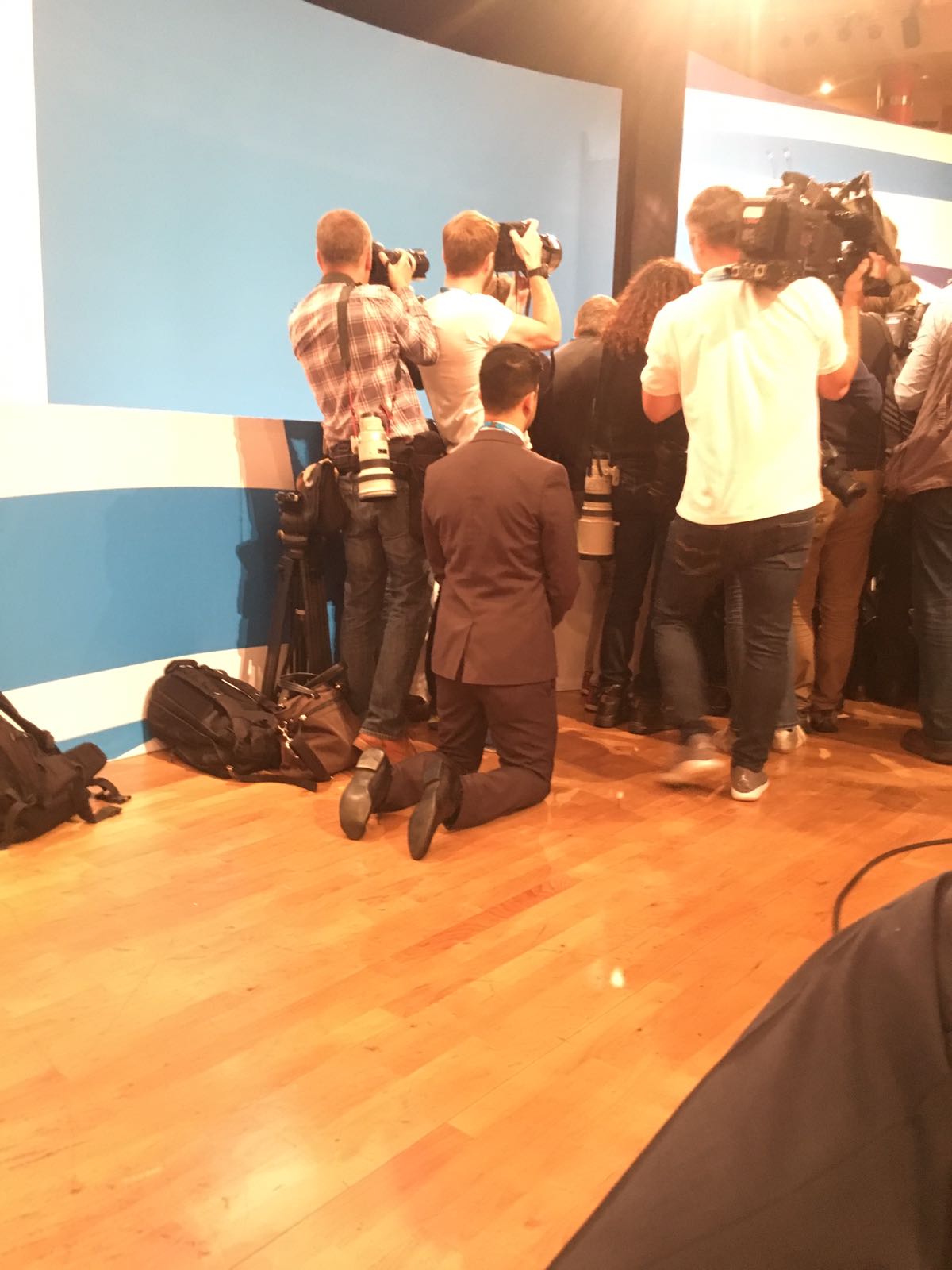 Our man in row one saw this press officer have the thankless of shepherding a group of photographers around the stage during the #leadersspeech.